Ginger Synne Is a Wanted Woman

Whether on stage as a fire eating diva, a model on the runway, or as a burlesque dancer spinning through cities both near and far, there is not enough time in the world for this red-haired, flame-throwing, Berlin-bred and born diva. You’ve seen her before and probably didn’t even know. Ginger Synne is a chameleon of the stage that pushes the envelope and then rips it apart. And wherever (and however) she does, audiences want mehr mehr mehr! She speaks in the international languages of blood, sugar, sex, magic, and fire to name a few. So I only had a few minutes with her before she was off and away again. But if you can get even a minute of her time – onstage or off – it is well worth it. 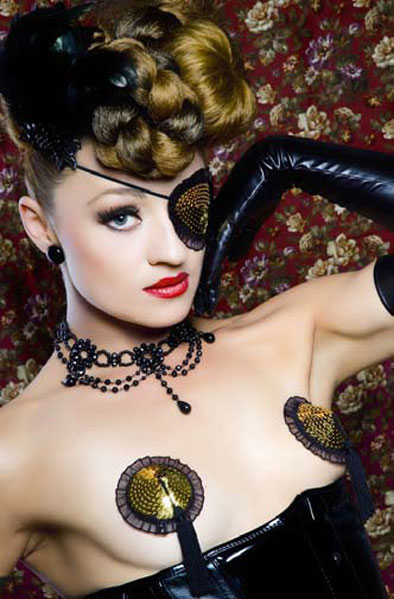 Known throughout Europe as one hell of a performer, she has gained the respect and admiration of both the underground elite and the commercially viable. This is where she excels and where she chooses to stay.

Where is the world is she now? Check your local listings to get caught up in her inferno.

Meghan Markle & The Curious Case Of The Mixed Race

Op/Ed: Cis-Het Men Really Are The Weakest Link (And They Know It)

I got time today. And I got coffee. I got tangents. A most dangerous mix. …