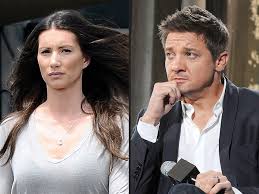 There probably won’t be a next time after this episode, but just in case, Jeremy Renner will forever remember that when it comes to beards?

Just ask his ex-wife Sonny Pacheco, who has bitterly battled the actor for sole custody of their daughter Ava Berlin Renner. After only ten months of marriage, Pacheco left Renner, citing ‘fraud’ (mmmhmmm) and quit that bitch with the quickness!

When Pacheco threatened to spill the beans on Renner, he had his lawyers draw up a new agreement that ends up paying Sonny $13,000 a month in child support while also sharing joint legal and physical custody.

The new settlement stipulates that neither party can make ‘derogatory or insulting remarks’ about one another in front of their child. And in addition to the $13K, Jeremy has to cover Ava’s health care in full and pay back child support to the tune of $21,035.

It looks like someone called up Kelly Preston for some top beard-ing advice. super bowl