Remember those rumors that ran rampant a few weeks/months back that Tyga was waiting until his underage THOT Kylie Jenner turned 18 before he popped the question/confirmed their romance? Well, as Kris Jenner continues to dodge questions about her underage daughter dating a 25-year old man, we pose this one…
What grown ass man gets an underage girl’s name tattooed on his arm UNLESS he’s wrecking her illegal cakes? 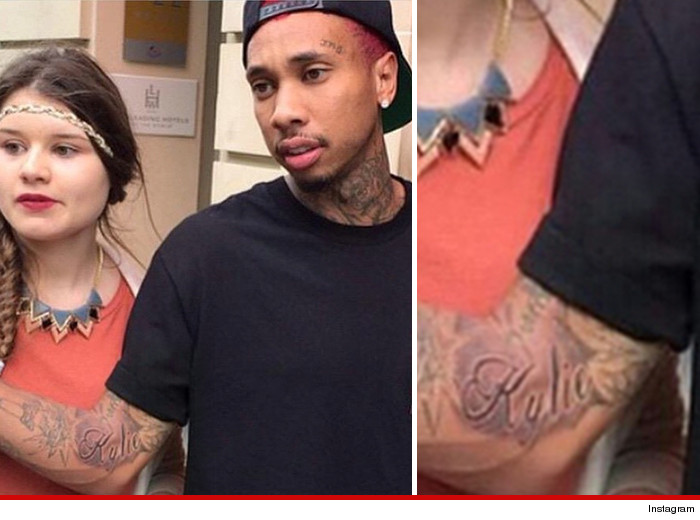 Tyga has been seen out and about with a new tattoo that simply says KYLIE and as she makes the slow march towards the big 18, these two are slowly but surely ramping up their obvious relationship and attempting to confirm it in ways that only famewhores can.