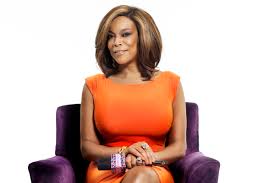 Shots have been fired!

Wendy Williams, who is never one to shy away from a verbal slap, has just issued one to Chris Brown’s on-again/off-again girlfriend Karrueche Tran. According to Wendy, she is chasing after Brown’s money and Wendy went for her on her own television show recently…

“We know why Karrueche was with Chris Brown. She was with Chris because she was a THOT who was after a dollar. Are you serious?! This is not exactly a girl who has her business and her own coins!”

Well, dayum, Wendy! Tell us how you really feel!

Watch the verbal laceration down below…

XADES Multimedia
Triston is an American jetset performance artist, writer, event organizer, and activist based in Europe. As a freelance journalist, he has covered both the underground and mainstream aspects of the arts, culture, music, entertainment, travel, fashion and Fashion Week in several cities, including New York, London, Berlin, Istanbul, Sydney, Bangkok, Hong Kong, and Tokyo to name a few. He has been published in The Huffington Post, Trespass (London), Adaras Magazine (Miami) as well as featured in publications such as the New York Times, Vogue Italia, Turkish Huriyet and other on-line and print magazines in the U.S. and internationally. He recently released his memoir on life in Europe, 'Heaux Confessionals'. As a solo performer and with his band $kandal Du$t, he has toured in some of the world's most renowned clubs, simultaneously maintaining an underground renaissance, blurring the lines of all that is traditional and leaving his indelible, and ultimately unforgettable impression. There is no divide.

Rihanna Has Quit That B*tch!

Don’t call it a comeback! The dynamic duo, who hosted the Golden Globes for three …