Because Every Day Should Be a Partially Nude Rihanna Day It’s Wednesday, so you know what that means…

The same as every other day of the week: it’s a day and queen of the
poptrixxx, Rihanna, is showing us her ass and tittyballs in case we forgot
what they looked like two minutes ago. 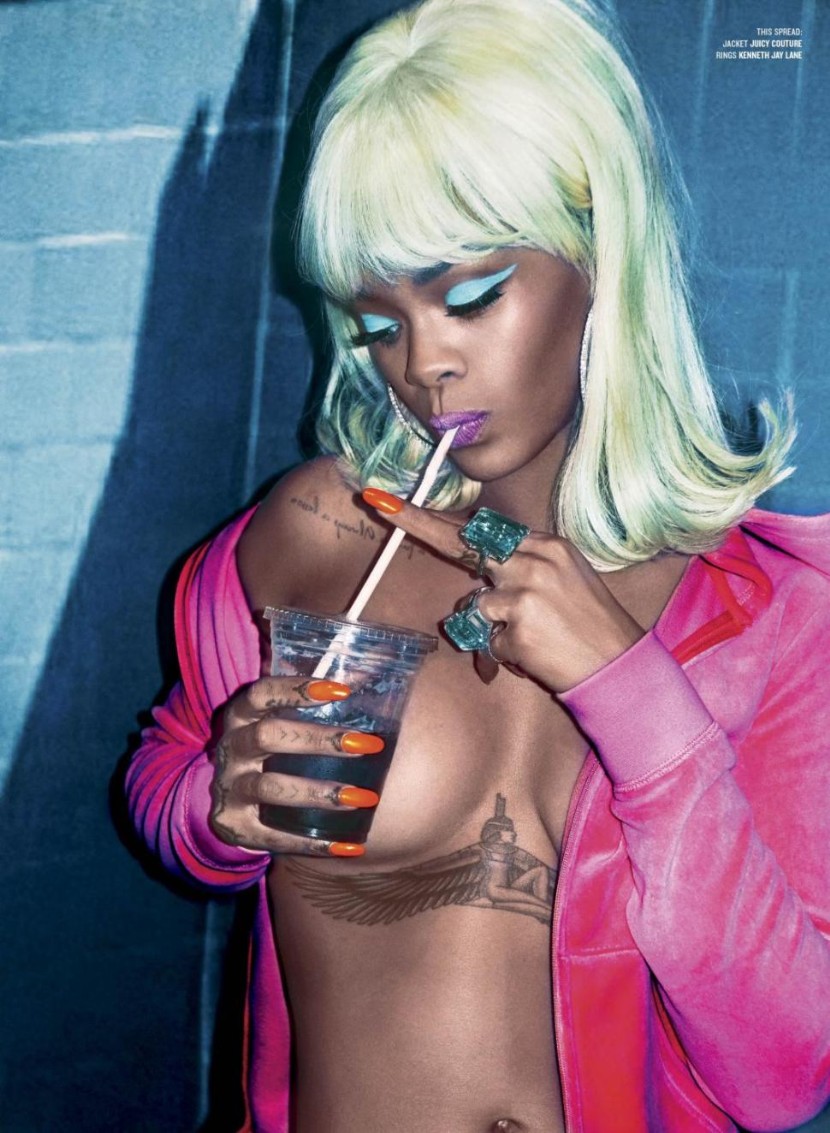 The (alleged) singer, who is looking to snatch back the crown of
famewhorin’ from Miley after her bush-capade, is on the cover of V
magazine with a blonde wig slapped on her fivehead, along with enough
face paint to make Ronald McDonald cringe. it doesn’t matter what Ri-ho-ho is selling, so long as you BUY it…

And if you’re starting to forget what Rihanna actually does for a
living, join the club. Sometimes she sings, sometimes she strips, but
every time?