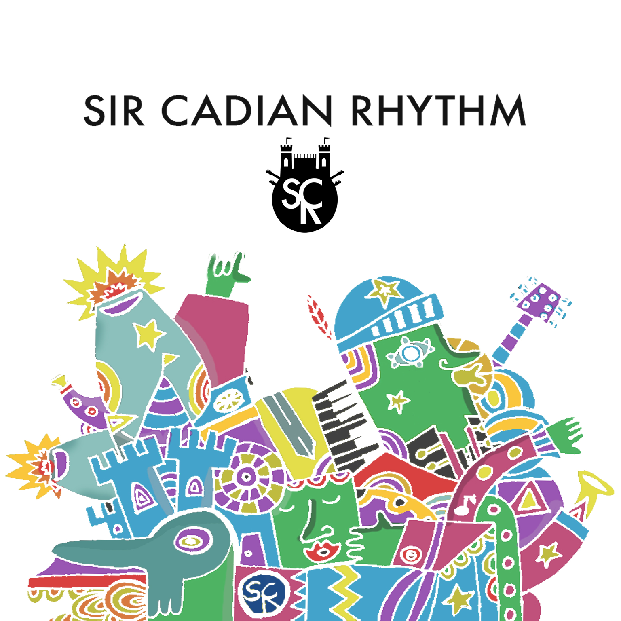 Most artists get this introspective three to four albums into their musical career, but Sir Cadian Rhythm is an alternative band that merges elements of rock, pop, jazz, and more to forge their own distinctive brand of introspection through song that is a brave, bold step that few artists would dare to take so early on.

This Long Island band from Long Island consists of five members that have only been together a short time yet the effortless way in which they have managed to create music is a testament to their commitment to music and a joy for music itself. Each of them brings different elements to the table from different musical genres which result in an interesting, slightly unorthodox mixture that has led to a dedicated following since their formation in the spring of 2014. Those that have heard the album can see how each song is different from the previous one, showcasing the versatility and superb musicianship of the band.

Standout tracks on their eponymous debut album include the upbeat songs ‘Holly’s On Fire’, ‘Ouroboros’,and the jazz-infused ‘Villain Fear’. Moreso than most bands, listeners are directed to especially listen to the lyrics that definitely take you on a journey that is heartfelt, touching, and haunting. With stellar pipes from lead singer Jack Weppler, Sir Cadian Rhythm is a band that is clearly at the helm of something exciting and expect even more great songs from this young band in the near future.

Not only does Sir Cadian Rhythm powerfully captivates listeners’ attention through their distinct blend of rock, pop and jazz-infused guitar, drum and keyboard instrumentals, but also through Weppler’s passionate vocals that sentimentally explore contending with betrayal and the fear of moving on from an unsuccessful relationship. While the EP’s diverse songs, notably the enticing opening and closing tracks, ‘Flood of XIV’ and ‘Villain Fear,’ memorably explore the harrowing process of needing to accept that some bonds aren’t meant to last forever, the overall motivational tracks prove it’s worth it for everyone to keep moving forward as they realize the benefits of true love and loyalty.